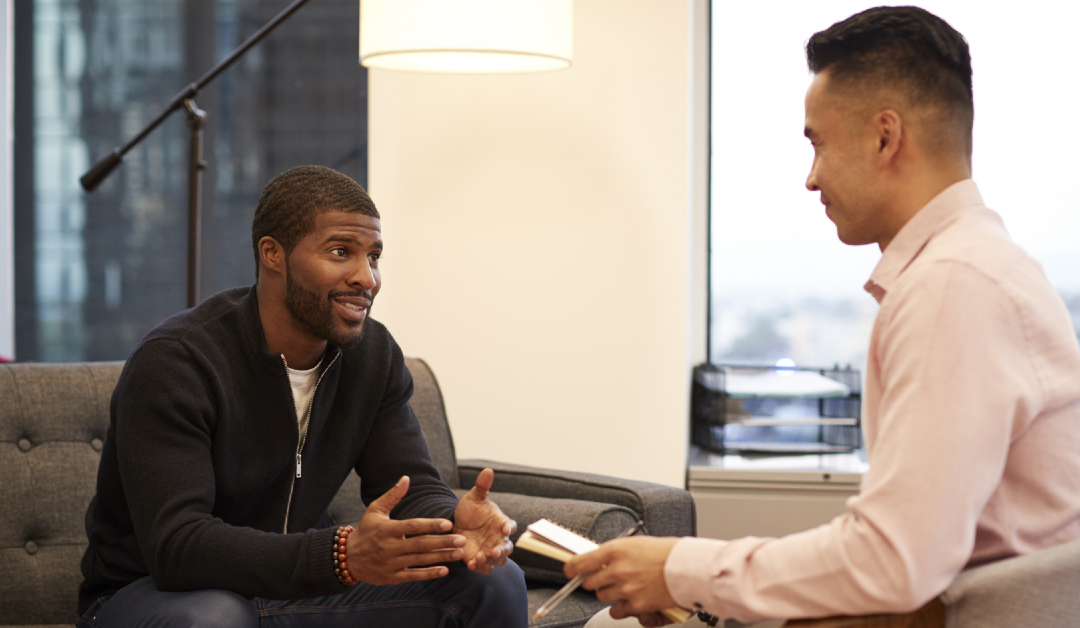 Most of us have heard of the Movember movement. We’ve seen coworkers sporting unfamiliar facial hair, read blog posts, and scrolled social media fundraising campaigns for the cause. For those who have not, Movember is a challenge, from November 1st until the end of the month, where men (predominantly) grow mustaches to raise awareness for men’s health issues, like prostate cancer, testicular cancer, and men’s mental health.
What started as a lighthearted approach, in an effort to reduce stigma and increase conversations about men’s physical and mental health, has transformed into a platform where men have a space to speak more openly about something still gaining social acceptability: men having and expressing feelings.

We live in a culture that emphasizes the strong, fearless, typically cisgender male. It’s seen in advertising, in film and television, and in the way parents raise boys. We hear messages which discourage boys and men from expressing the full range of emotions, and shame boys for crying, feeling hurt or wanting to play or be gentle. What these misconceptions and imposed gender beliefs have done is to leave generations of men without the tools and language to process and share their true experiences. This is how we have largely gotten to the concept of “toxic masculinity”.

This brings to mind a client who found it challenging to identify as a man with emotions. Jay is a 30-year-old cisgender single male who came to me seeking ways to address his relationship patterns, and how he expresses himself. Through our weekly sessions, we were able to understand Jay’s history, as well as his upbringing and how stereotypes of strong males both in his life and in pop culture, influenced the way he processed his emotions and communicated them. Jay engaged in vulnerable conversations in a safe, therapeutic environment to develop his skills, and awareness of how he could approach similar dialogues within his community. With guidance and practice, Jay was able to reframe his ideas of masculinity and engage in healthy, mutually beneficial interpersonal relationships. He found himself being able to say things like, “I really need ____” and “It’s hard for me when you _____”; thoughts that he previously kept to himself or expressed indirectly.

Fortunately, with the growth (pun intended) of the Movember movement, and the willingness of men in the public eye, like Common, Michael Phelps, Chance the Rapper, and Dwayne “The Rock” Johnson, to speak openly about men’s mental health, we are given more examples of what it looks like to be a “strong” male. Strength is no longer reduced to physicality, and becomes more all-encompassed, involving and promoting emotional intelligence. The continued conversations, both between individuals and on a large scale reduce the stigma around men’s mental health, giving room for men to consider ways to heal, like with therapy. Though there is still gender disparity when accessing mental health services, the gap is decreasing.