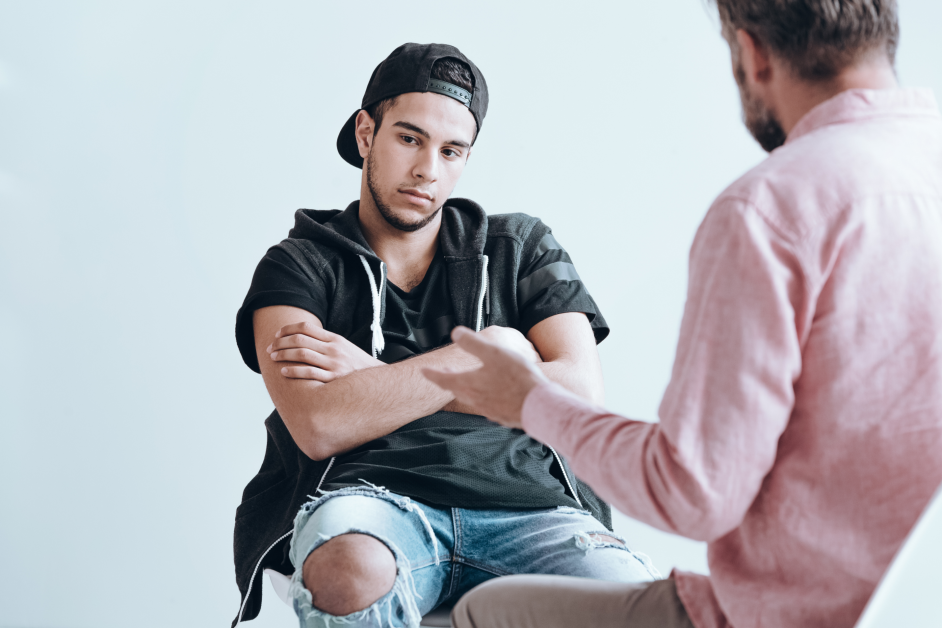 My family member doesn’t want to go to therapy – What can I do?

When our loved ones are struggling with mental health, we look for various ways to relieve them of this burden. We may try to distract them, make them laugh, or go on trips. However, when the topic of therapy is brought up, things become difficult. While some may be open to going to therapy, others may want time to figure out how to handle things for themselves. In other situations, individuals may be opposed to the idea of therapy altogether. It is important to note that individuals shouldn’t be forced to come to therapy; they should only seek help when they’re ready to talk to someone. But in some cases, an individual’s hesitance may be based on preconceived notions or negative opinions towards therapy by family members or friends.

I would like to introduce you to a client named Jason. Jason is 16 years old and is currently a junior at a local high school. Jason’s mom reached out to me following a recent argument due to Jason’s poor grades. She informed that before the pandemic, Jason would spend 4-5 hours a week playing video games. But once the pandemic started, the amount of time he spent playing increased dramatically and his grades began to suffer. Whenever Jason’s mom would try to talk to him about his grades, he would shut down or tell his mother to give him more time to figure things out on his own. As time passed, Jason became disrespectful to his parents, often yelling at them, telling them to leave him alone. When Jason’s mom suggested therapy to him, he immediately dismissed the idea, saying therapy is for the weak.

I met Jason a few weeks after his mom reached out to me. Jason had agreed to meet with me for one session and would see how things went from there. While talking to Jason, I realized he was an extremely bright individual, had a sense of humor, and was extremely engaging. Jason said that if he went to therapy and it didn’t work out, there was no chance of him fixing the issues he was facing. He was scared that there was no hope for him and was acting out against his parents to protect himself from this fear. Jason later disclosed that when his mom first brought up the idea of therapy, he went to some of his friends to seek their advice. He said that they dismissed the idea of therapy because his issues weren’t “a big deal” and that he’s not weak like the other people who go to therapy.

Therapy isn’t for the weak. It’s quite the opposite. It means that you’re strong enough to explore issues that you’ve been covering up for some time. It means that even if you’re loved ones or friends don’t support the idea, you can at least come to an understanding that you’re going for therapy to improve the quality of your life. Jason wasn’t acting out because he felt it was the brave thing to do. He was acting out because he was afraid of what his friends would say and the unknown of what therapy is. But once we were able to break through these barriers, Jason realized that he was in a space where he could explore issues related to his past and find ways to work through them. Ultimately Jason was able to improve his grades and his relationship with his parents.