I’ve Wasted So Much Time… Now What?

It’s a familiar feeling. The guilt, shame, and pure frustration of time slipping away. Maybe you didn’t accomplish all that you wanted. Perhaps you were working hard for something, but the outcome wasn’t how you envisioned it. Falling short of what you hoped for can leave a feeling of loss and a mindset of being stuck.

Emily said this line quite frequently in our sessions. She then proceeded to go through the checklist of having an established career, a loving husband, a beautiful house…the list goes on. The life she was describing sounded close to perfect. I agreed with her; it would be nice to have it “figured out.” As our conversations continued, I learned that Emily had a tendency to compare herself to friends, family, and the random people she found while doomscrolling Instagram. She saw what their lives appeared to be and felt like hers was lacking direction.

“I know it’s unrealistic, but it still feels like I’m behind.”

Although Emily knew there was more to it than a highlight reel, it didn’t stop the doubts, insecurities, and disappointment from consuming her. So, how can you let go of wasted time?

Where is this idea coming from?

Emily had pressure coming at her from different angles. She discussed dreading the inevitable disappointment from her parents, who frequently commented on her lack of relationship and stable job. Emily’s older siblings seemed to take a more direct route, setting the standards of what her parents found acceptable. The issue was that none of these lives were hers. She was on her own path- not the wrong one, but a different one. Emily began to realize it wasn’t so much her own expectations and criticisms, but instead the messages she was receiving from loved ones that influenced her idea of the right timeline.

What can be learned?

Emily was convinced that maybe if she wouldn’t have spent so long pursuing the wrong things, she would already have the right things in place. While the “what ifs” are tempting, there is often meaning behind wasted time. Reflecting on past experiences teaches us that we’re constantly evolving and becoming different versions of ourselves. The issue is often not about feeling lost or stuck, but rather thinking that we shouldn’t be. Road bumps are bound to happen, but we have the ability to build the confidence and skills that it takes to navigate them.

Identify what is realistic for you.

Letting go of past mistakes, failures, shame, regret…none of it is easy. Holding on to those things isn’t easy either. We can choose to dwell on what didn’t go as planned or instead be intentional and proactive about what else is in store. Emily spent time identifying where she wanted to be. She thought about what truly mattered to her and the small steps she could take to get there. These weren’t goals based on her parent’s wishes or what she thought was considered the “right” move to make. She focused on what she could control and moved forward in a more meaningful way.

When you find yourself worried about wasted time or becoming lost in the image of a predictable life, remember you are on your own timeline. Your timeline may not be perfect- in fact, it’ll probably be messy and complicated- but it’s yours. 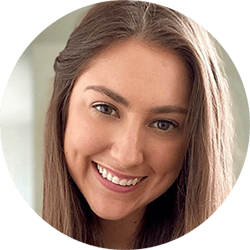 Meet Our Therapists
Blog Posts Tags: Advice | Emotional Wellness | Mental Health | Therapy
← My Family Believes in Mental Health Stigmas - What Do I Do? How Stages of Coming Out Influence Therapeutic Goals →