Kevin sat across from me looking defeated. “I’m exhausted”, he exclaimed, as he slouched back in his chair. “I show up every day and run through brick walls to achieve my goal of a promotion, but I just can’t seem to get there. Or maybe I just have no resilience and I’ll never get there. Maybe I should just give up”. In that moment, Kevin reminded me of a beloved and classic character: Charlie Brown.

Each season, Charles Schulz opens the Peanuts cartoon series with an iconic scene. In the scene, Charlie Brown attempts his annual ritual of kicking a football, only to fall flat on his back when the ball is pulled out from underneath him at the last minute. Charlie attempts the same kick season after season, and each time finds himself just as unsuccessful. As he lies on the ground in pain, as well as throughout much of the famous cartoon series, he perceives himself as inadequate, as a failure. Yet somehow, despite a history of failure, Charlie manages to show up once again, determined that this time will be different.

Despite living in different dimensions, Kevin and Charlie Brown are very much alike. Kevin sees himself as inadequate and a failure, having “run through brick walls” repeatedly without finding success. He has tried again and again to achieve his goal but falls short every time. He wants to succeed with every fiber in his body. It just hasn’t worked. This continuous pattern of trying and failing leaves both Kevin and Charlie feeling as though they’re not good enough. Also, like Charlie, Kevin continues to show up for another attempt even though it hasn’t worked out thus far.

So, what could both Kevin and Charlie do to alter their mindsets and improve their self-esteem? First, they could recognize that they are resilient, despite their convictions otherwise. Resilient people show up to try again, with the hope that this time there will be a more favorable outcome. They have yet to succeed, but they continue to try, and that’s resilience.

Second, they both make the mistake of generalizing their feelings of failure and applying it to their whole being, rather than keeping it compartmentalized to the specific situation. Just because Kevin has failed thus far in achieving a promotion, and Charlie has failed thus far to kick the football, doesn’t mean that they, as human beings, are failures.

Finally, it’s worth considering a different approach if the current one continues to be unsuccessful. Perhaps Kevin could try going around the wall instead of running through it, or Charlie could pause before kicking the football, just to ensure that it’s still there to be kicked. If we make the same mistakes over and over, we’re not learning from them, and we can’t succeed.

As a therapist involved in corporate wellness, I see the way in which self-esteem affects professional success and enjoyment. I shared this with Kevin with the idea he might relate to Charlie Brown. He did, and it allowed us to explore his self-image and feelings of inadequacy in an approachable, non-threatening way. He took comfort in knowing that his feelings are shared by others, and that they don’t have to be so intimidating.

Unfortunately, Charlie Brown never did succeed in kicking the football. Had there been more seasons of Peanuts, perhaps he would have had more opportunities to try. Fortunately, we are not cartoon characters and can make our own decisions. With continued resilience and an altered approach, Kevin eventually succeeded and got his promotion. He also succeeded in learning more about himself and making changes to grow in the right direction. If you seek it, inspiration is everywhere. 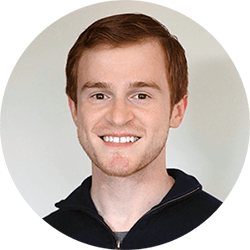 Meet Our Therapists
Blog Posts Tags: Advice | Corporate Therapist | Corporate Wellness | Emotional Wellness | Mental Health | Resilience | Support | Therapy
← The Do’s and Don’ts of Saying No What Can Social Media Teach Us About Ourselves? →