Here’s a truth about relationships that a lot of us struggle with: you have to learn how to communicate your needs to the person you are with. My clients balk almost every single time this comes up in session. For some reason, we get hung up on this idea that our partners, or our friends, or our coworkers, or whoever, should just know how to support us and help us feel loved, that we shouldn’t have to tell them how we feel. But think about it — are you a mind-reader? I know I’m not. So why is it that we expect others to just know?

A client once mentioned wishing that her husband would bring her flowers more often. When I asked her whether she had spoken to him about this, she seemed surprised.

“What would be so bad about that?” I asked.

This is where many of us get stuck. It’s hard to put into words what feels bad about this, and it is different for each of us, but it’s a common fantasy: our closest relationships should know us well enough to meet our needs and ideas, and if they don’t, something is wrong or we are being too needy. Psychologically, this makes sense. It feels good to be taken care of, and to be understood.

Therapy can help us recognize that a fantasy is just that– a fantasy. It gives us the space and time to think about why this fantasy developed, and what it means to us. My client who found herself wishing for flowers was also a mother to three small children. Flowers reminded her of a time in her life when she felt sexy and desirable, a feeling that was hard to tap into when, as she put it, she was “pretty much always covered in vomit or snot.” She wanted to know that her husband still saw her as his partner, and not just a mother to their children.

In session we could uncover what the flowers meant. The flowers were nice, yes, but they also symbolized something larger that felt like it was missing in her relationship with her husband, not to mention her relationship with herself. She was able to recognize that her identity as a mother had eclipsed her identity as a sexual being. Because of the subconscious associations she had drawn, when her husband didn’t bring home flowers, it meant he no longer found her attractive.

Of course, her husband did not know about any of these feelings because they weren’t being talked about, which meant he couldn’t change his behavior or respond in ways that would help his wife feel understood. He was being put to an invisible test and was failing miserably.

Given this information, my client was able to consider the ways in which being parents had changed both of their schedules and ideas about sex and being intimate with one another. She challenged her beliefs about being found unattractive, considered different perspectives, and thought about what a realistic, fulfilling sexual relationship looked like at this stage in her life. Most importantly, she was able to understand what the flowers really meant to her, and it allowed her to find ways to communicate her deeper needs to her husband in a way that set him up for success in responding to them.

Clichés exist for a reason, but the idea that “communication is key” is fundamental to the success of relationships. In order to be good communicators, we also have to know what it is that we are really asking for. Therapy helps us uncover truths about ourselves, and can also help us become better communicators (and partners!) in the process. 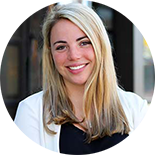