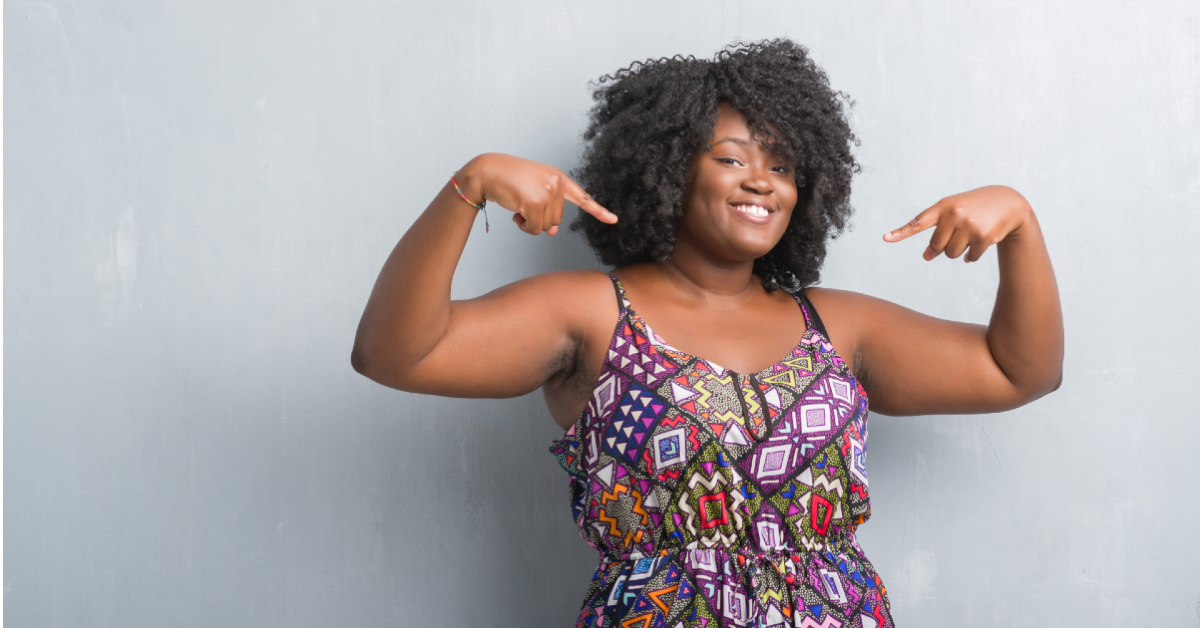 Respect yourself: Self-compassion as a pathway to personal growth

When trying to make a change in our lives, positive affirmations are a powerful tool. Affirmations are statements that acknowledge our abilities, strengths, and accomplishments. They can be used to foster greater self-compassion and empowerment.

Often, we do not pay close attention to the thoughts we have about ourselves throughout our day – and when we start to tune in, it can be shocking to realize how often those thoughts are negative and judgmental. One client I worked with, Gina, had this realization shortly after beginning therapy to treat depression. She readily saw her flaws but struggled to see her worth: she felt deeply sad and hopeless
about her ability to succeed in life, and she closed herself off to opportunities to improve her situation because she did not believe they could actually make a difference.

Unconsciously, Gina believed she did not deserve a happier, more fulfilling life. She uncovered this core belief gradually, piecing together times it was reinforced over the course of her life. Her mind had been overwhelmed with data – her own automatic thoughts – that stated she was no good: not a good enough daughter, spouse, employee, or friend. Gina had tried to remedy the thought that she wasn’t good enough by seeking validation from other people in her life – at times, at her own expense. For example, she never thought she was doing enough to be credited as “good at her job.” So she consistently worked long hours, picking up extra shifts, hoping to earn praise from her boss. As she became more consumed with work, her personal relationships fell down on her list of priorities. This made Gina feel like a bad friend and a bad wife, as her time and energy left for important people in her life dwindled.

Gina integrated positive affirmations to begin balancing her view of herself. She identified a few affirmations that contradicted the most prevalent negative thoughts she had about herself, and she made a point to say them aloud to herself daily.

My team respects and values my work.
I appreciate those closest to me.
I deserve to be loved and respected.
I am capable and have been able to accomplish things

Like Gina, you might feel silly speaking to yourself out loud. You might notice resistance to these affirmations, as they contradict your experience or emotions. You might wonder what the point is, if you don’t believe what you’re saying or feel better about yourself in the moment. But important cognitive shifts occur with this ritual: like physical exercise can strengthen muscles, creating a practice of speaking kindly to ourselves can strengthen our resiliency and self-worth. When we begin to believe and act in accordance with these statements, we change the way we treat ourselves.

After a month, Gina was better able to notice her automatic negative thoughts, and to counter them with a positive statement about herself. Though she did not quite believe the affirmations to be true, she acted as though she did. She reminded herself that meeting the demands of her job was enough to succeed in her role. She looked for opportunities to show her appreciation for her spouse and friends, and prioritized time with those who were enthusiastic about picking up where they had left off socially.

After three months, as Gina internalized the affirmations that she proclaimed each day, she noticed gradual improvement in her mood. Her negative thoughts became easier to dismiss, and the pathways in her mind that led her to self-compassion were growing stronger and more defined. The routine of affirmations kept her accountable in working toward her goals in therapy daily. She had an easier time managing her stress through setting boundaries around work and prioritizing quality time with those close to her – in part because she was beginning to believe she deserved that rest and happiness.

When we know our worth as human beings, the people around us notice, taking the cue from us about how we should be treated. As Gina’s self-esteem grew, she was able to see more clearly who valued her in a similar way. Her spouse and some friends were delighted that Gina was starting to see the good in herself that they had seen for years. However, not everyone was eager to see the shift in how Gina
expected to be treated. As she became more confident in what she deserved, Gina realized the need to distance herself from people who made her feel worthless. Withdrawing from toxic relationships gave her the opportunity to focus her social time on the people who genuinely supported her, making her feel like a more present and reliable friend herself.

In many ways, Gina’s outlook changed because her actions changed first. If you’re struggling to believe a positive statement about yourself, try to fake it until you make it. Ask yourself: What would my day look like if I believed this to be true? What would I do if I made this affirmation the theme of my day? What can I acknowledge about myself that I usually take for granted and but really should value? If identifying a fitting affirmation for yourself is difficult, there are resources online listing possibilities to start with. You can also work with your therapist to identify the persistent themes in your life that positive affirmations can speak to.

Meet Our Therapists
Blog Posts Tags: Advice | Emotional Wellness | Problem Solving | Psychotherapy
← When There Isn’t an App for That: Good Strategies for Healthy Living During a Stressful Time What to Expect When You’re Expecting [To Start Therapy] →